Welcome to our series of 'Programming 101' today we are going to discuss on some programming languages and their uses (applications) Lets get started.. Before we proceed look and the image below. 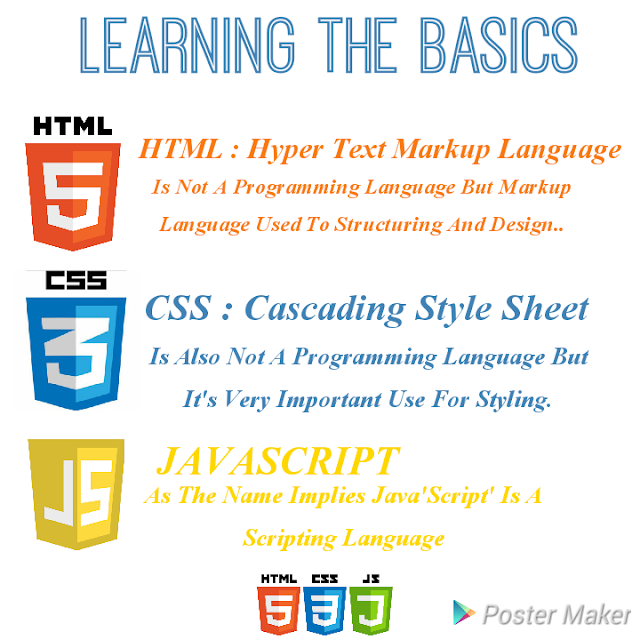 You can remember in our last discussion we talked on learning the basics , well the image above is the basic of any programmer even if they are not recognised as programming languages one needs to master them . Having master HTML, CSS and most of all JavaScript , you can then research on what to learn based on what you want.

Below Is a compilation of few out of thousands programming languages and what they are use for..


1. PHP - Hyper Preccessor Is believed to be the most popular languages used for creating web based apps i.e Website,Content Management Scripts (e.g WordPress) , Forum Scripts like PhpBB Are all powered By PHP. So if you know what you want to do as a programmer is web development and you have master the basics (HTML, CSS and JavaScript) , you can go ahead and start learning PHP.

2. Python - What A weird name for a Powerful programming languages , Python is with no doubt taking the place of PHP in the web development world with ability to create but online and offline based web applications . One thing i will about python is that its simple and easy to learn .

3. Objective-C - The primary programming language for iOS apps, Objective-C is used to build apps that are robust and scalable.

Uses - For Creating iOS based applications.


5. C++ - This is the most used and appropriate programming language when it comes to building mobile apps for Android and Windows- and, mainly for low-level programming.