You have probably seen this photo somewhere: 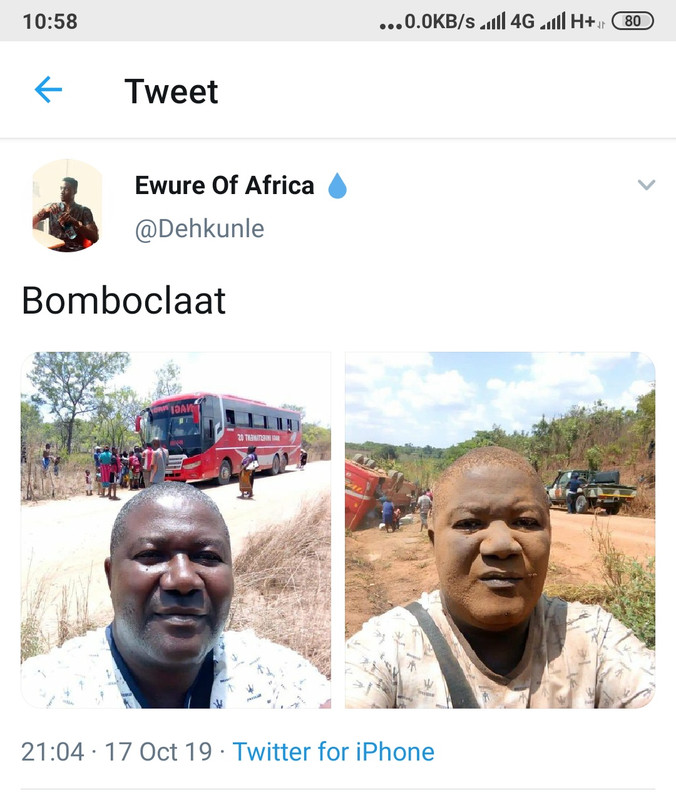 It looks like a before and after photo and without any explanation or caption it's just funny.

Here is what a twitter user claim is the story behind it:

The gentleman took a ride on a bus.

After many years, the transport company hired women as bus drivers.

The first photo was him before boarding; he praised the move as one of gender equality and wished tge driver well.

The second photo was after the bus crashed.

And it only gets funnier if you relax.

Re- Funniest true life story on the internet?