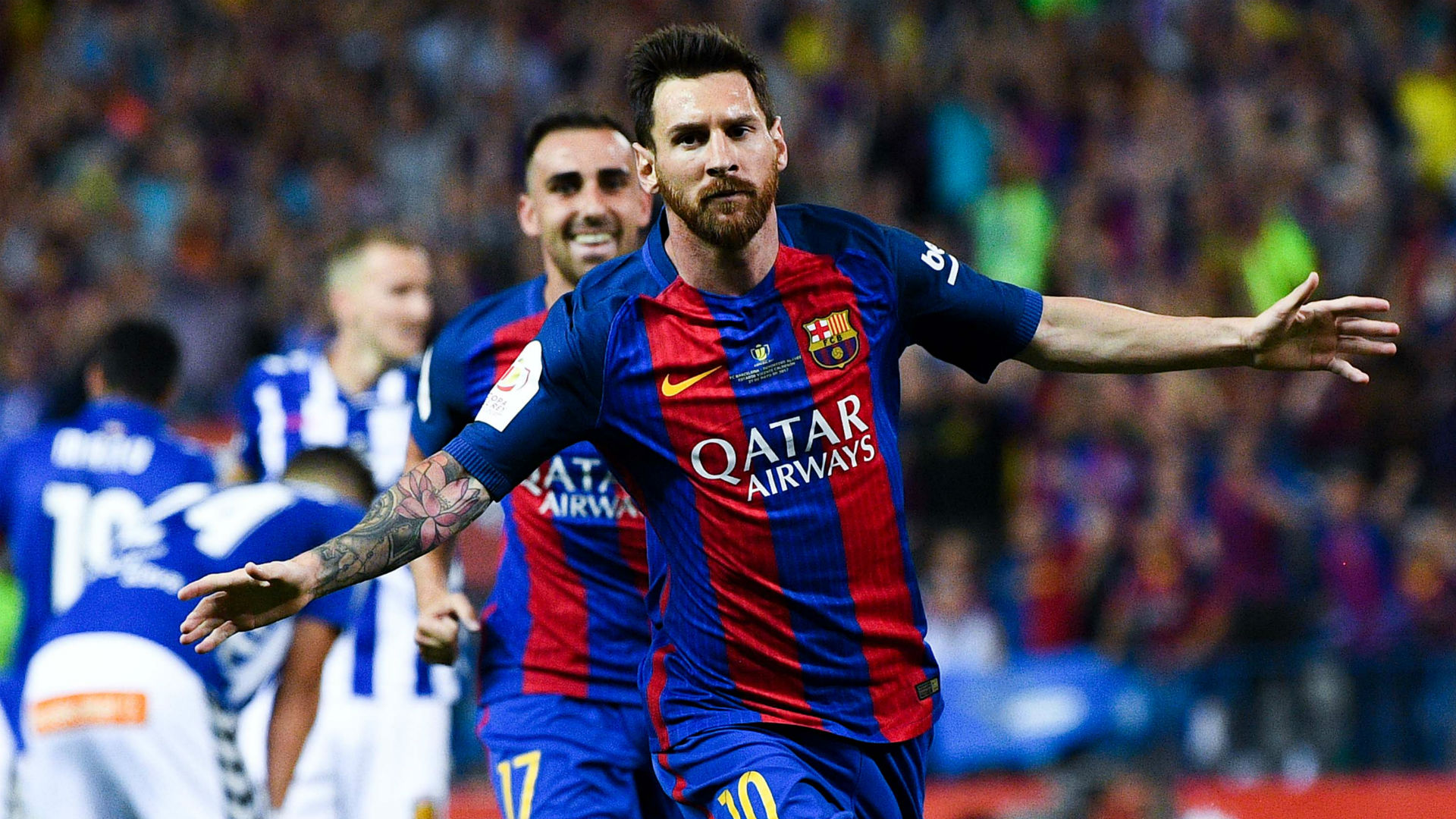 Barcelona overcame Alaves in Luis Enrique's last match in charge, winning the Copa del Rey final thanks to Lionel Messi's inspired display.
Lionel Messi ensured Luis Enrique's Barcelona reign ended with a trophy as he inspired a third consecutive Copa del Rey title with a 3-1 final win over Alaves.
The Barca coach announced his planned departure from Camp Nou at the start of March, with his side then falling short of rivals Real Madrid in LaLiga and Juventus in the Champions League.
But Luis Enrique belatedly added to the sizeable haul of medals collected in his first two years in charge as Messi showed his class in the last game to be played at Atletico Madrid's Vicente Calderon.
Having scraped past Atleti 3-2 on aggregate in the semi-finals in February, with Sergi Roberto and Luis Suarez both sent off, Barca looked in for a similarly nervy contest as Alaves started well and Theo Hernandez then equalised Messi's opener.
The Basque side had stunned Barca with a 2-1 league success at Camp Nou in September, but this game threatened to bear greater resemblance to a 6-0 away triumph in the reverse fixture as Neymar scored the next goal and Messi teed up Paco Alcacer to put Barca out of sight.
Although Alaves kept the score down after the break, they rarely looked likely to trouble the commanding lead built by Messi and Barca, who will now turn their focus to a board meeting on Monday, after which the club are set to announce Luis Enrique's replacement.

Javier Mascherano was stretchered off after an early clash of heads with Marcos Llorente and, although that collision did not constitute a foul in the eyes of the referee, Alaves' combative approach could have seen Edgar Mendez punished with more than a yellow card when he trod on Samuel Umtiti's leg. Their tactics were at least effective in limiting Barca's chances in the opening half an hour and Alaves could have taken the lead as Ibai Gomez's shot crept under Jasper Cillessen, spinning off the foot of the left-hand post and rolling agonisingly across the face of goal.
If Fernando Pacheco looked similarly shaky at the other end in booting Andres Iniesta's deflected effort clear, there was little he could do to prevent a typically magical Messi finish, Barca's main man curling into the net from the edge of the box.
But Alaves' spirits were not dampened and they responded with a strike of supreme quality. Hernandez - on loan from Atleti but reportedly destined for Real Madrid - profited from an Iniesta foul as he swept a stunning free-kick over Cillessen and into the top-left corner from the right side of the area.
Messi drilled a set-piece of his own straight at Pacheco and Ivan Rakitic drove wide, before Luis Enrique's men accelerated out of sight in the closing minutes of the first half.
Neymar turned Andre Gomes' low centre across the line to restore his side's lead and Messi's terrific close control then created space for Paco Alcacer - starting in place of the suspended Suarez - to coolly finish beyond Pacheco for a third Barca goal.

Pacheco's scrambling save denied Paco Alcacer from Messi's cross shortly after the restart and Alaves forged a route back into the game, Cillessen blocking from Rodrigo Ely with 20 minutes left and Deyverson then seeing a goal ruled out for offside moments later.
But those missed chances cost Mauricio Pellegrino's side the opportunity to make a fist of the closing stages and Barca cruised to victory, with Aleix Vidal making a late appearance having suffered a serious injury against Alaves in LaLiga.