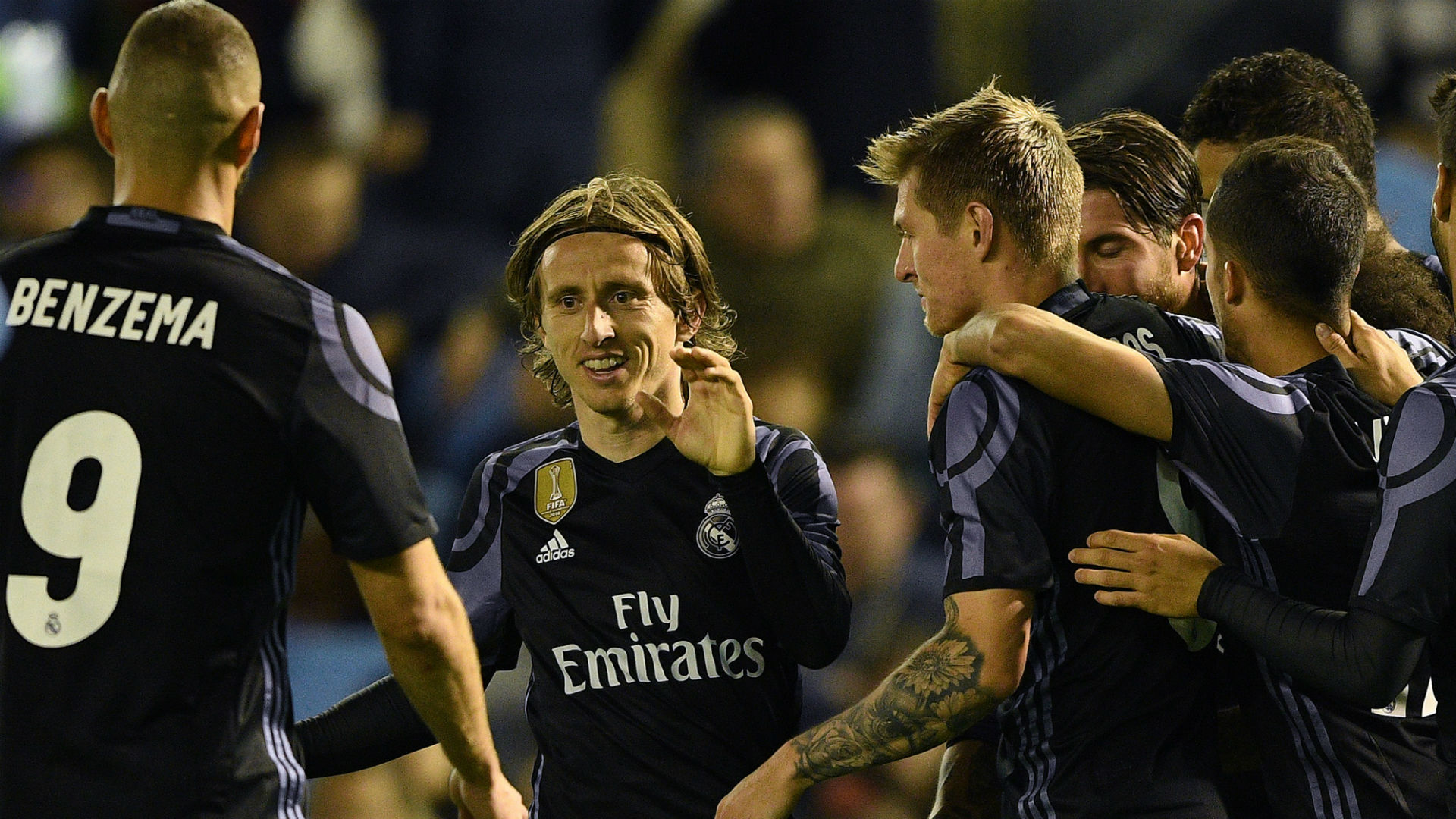 Zinedine Zidane's Real Madrid secured their 33rd Primera Division title with a 2-0 win over Malaga at La Rosaleda.
Real Madrid clinched the LaLiga title for the first time since 2012 with a 2-0 win over Malaga courtesy of goals from Cristiano Ronaldo and Karim Benzema, rendering Barcelona's comeback victory against Eibar irrelevant.
Ronaldo continued his remarkable run of form, scoring his 25th league goal of the season in the second minute at La Rosaleda to take his tally to 14 in his last nine games in all competitions.
Benzema doubled Madrid's lead with his 11th league goal of the season to make it 2-0 after 55 minutes and Zinedine Zidane's side, who needed just a point to be crowned champions, had extra cause for celebration by becoming the first in the club's history to score in every La Liga game of the season.
The result keeps Madrid on course for a league and European double and, with Ronaldo playing his best football for some time, Zidane's men will be confident of beating Juventus in the Champions League final.
Source: Goal